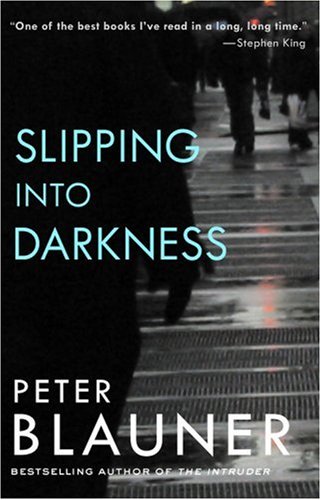 After sifting through the secrets of suburban life in , Blauner returns with a serpentine thriller about a decades-old murder case is reopened when the killer is released from prison. Twenty years earlier, Homicide Det. Francis X. Loughlin put the grisly murder of young doctor Allison Wallis to rest with the confession of teenage Julian Vega, but now Vega has been released on a legal technicality. Vega wanders the streets of Manhattan searching for signs of his former life, and though his old and new contacts won't give him benefit of the doubt, tough litigator Debbie Aaron believes in his innocence. When the body of a female doctor is found stabbed to death in the same manner as the original case, the investigation becomes increasingly complex. DNA evidence not only confirms Vega's innocence in the current death but calls into question the nature of the original murder. Already challenged by this tough case, Loughlin struggles with a debilitating eye disease that's robbing him of his sight. Though the low-key conclusion unfurls with little fanfare, Blauner excels with the sharp characterization and surefooted plotting that fans have come to expect.

Mother Tongue
Mother Tongue
Joyce Kornblatt
Kornblatt (The Reason for Wings) marks a 20-year comeback with a perfectly crafted novel featuring a middle-aged woman who discovers she was kidnapped as an infant. Nella Pine, Continue reading »

Lucy by the Sea
Lucy by the Sea
Elizabeth Strout
Strout follows up Oh William! with a captivating entry in the Lucy Barton series. This time, Lucy decamps to rural Maine during the first year of the Covid lockdown. At the Continue reading »
chevron_right