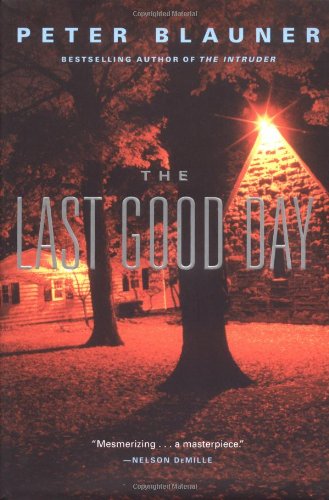 You know you're in the 'burbs when a cop's epitaph for a murdered local drug dealer is, "Man, he was an asshole, but he had a beautiful lawn." In his fifth novel, Edgar-winner Blauner (, etc.) imagines an idyllic suburb up the Hudson River from Manhattan, full of karate moms and commuter dads; in the shadow of September 11, he peels away the affluent veneer and exposes the roiling class tensions and frustrated ambitions beneath. The decapitated corpse of a local housewife is spotted floating in the water by commuters waiting for the inbound 7:46, including Barry Schulman, counsel for a start-up pharmaceutical company now teetering on the brink. Barry's wife, Lynn, a mother who's had to relegate her passion for photography to a hobby for the kids' sake, was the victim's best friend. To her horror, the investigating officer, Michael Fallon, has had his long-dormant passion for Lynn awakened by the case. Fallon, a struggling blue-collar nth-generation Irish-American cop, has dark secrets to hide concerning his prior involvements with both Lynn and the victim, which in turn necessitates his withholding information from his "former best friend" (now the town's first black police chief) Harold Baltimore so as to keep his prying rival, "a pugnacious Puerto Rican" named Paco Ortiz, from making Fallon the prime suspect. Harold, Lynn, Michael and the victim all went to school together, and the uneasy tensions arising from their uneven rises to various stations in life fuels a dangerously explosive tinderbox of resentment. Readers who can follow Blauner's intricate plot will be well rewarded, but only at the very end—no giveaways here.

Mother Tongue
Mother Tongue
Joyce Kornblatt
Kornblatt (The Reason for Wings) marks a 20-year comeback with a perfectly crafted novel featuring a middle-aged woman who discovers she was kidnapped as an infant. Nella Pine, Continue reading »

Lucy by the Sea
Lucy by the Sea
Elizabeth Strout
Strout follows up Oh William! with a captivating entry in the Lucy Barton series. This time, Lucy decamps to rural Maine during the first year of the Covid lockdown. At the Continue reading »
chevron_right